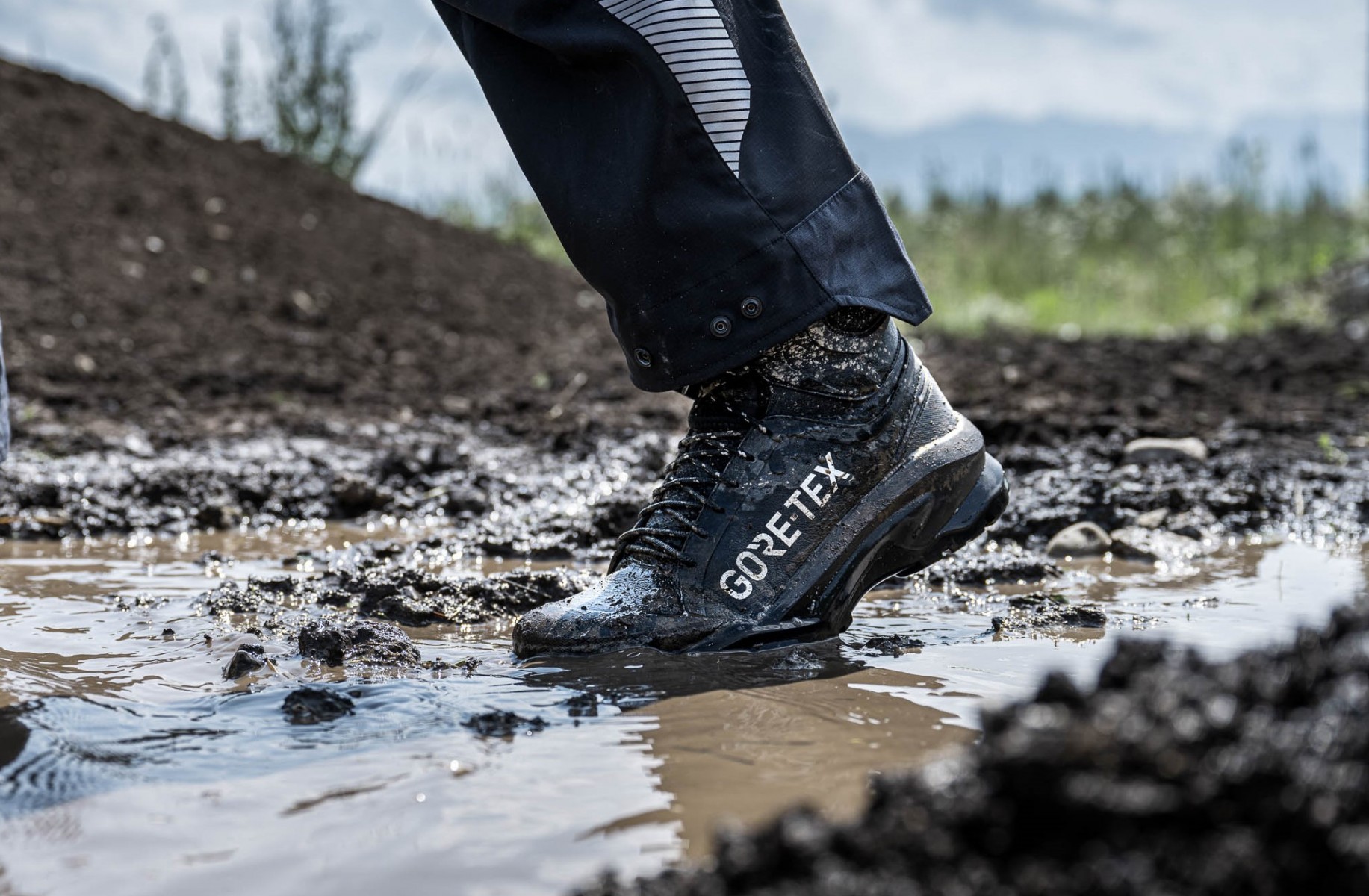 GORE-TEX Professional, the business unit of technical oriented fabrics from W. L. Gore & Associates (Gore), today launches a new innovative 3-layer footwear upper technology called ‘EXTRAGUARD’. Typically, safety footwear which is waterproof and robust is usually heavy and uncomfortable to wear. Conversely, lightweight, breathable footwear doesn’t necessarily provide the correct protection during heavy duties in the rain or mud. However, with the EXTRAGUARD technology, Gore have developed a new upper material that combines the advantages of leather with those of textile upper materials. When dry, the upper material is 40 per cent lighter than leather and it stays light even when working in rain. Gore is thus opening up a new market for robust, waterproof and permanently lightweight safety footwear for use in extreme weather conditions. Watch the 360° Virtual Presentation of the new technology on goretexprofessional.com/uk/extraguard 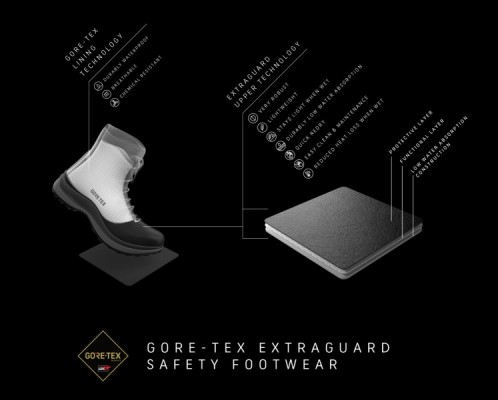 The EXTRAGUARD upper technology consists of 3-layers. The outer layer is highly abrasion-resistant and robust. The second layer, called the functional layer, can be varied in thickness according to end user requirements and is intended to protect the foot from shock. The third or inner layer is called the low water absorption construction.

This new 3-layer upper is then sealed with GORE® Seam Tape and, together with a GORE-TEX lining (inner bootie construction), is integrated into a safety boot. Seam sealing prevents moisture from making its way into the boot through the seams. Even following months of heavy wear and loss of the water repellent finish GORE-TEX EXTRAGUARD safety footwear only absorbs a minimal amount of water, which means they stay light in weight. Plus, with the GORE-TEX inner bootie in place the footwear remains waterproof and feet stay dry, even if the surface layer of the upper has been damaged. 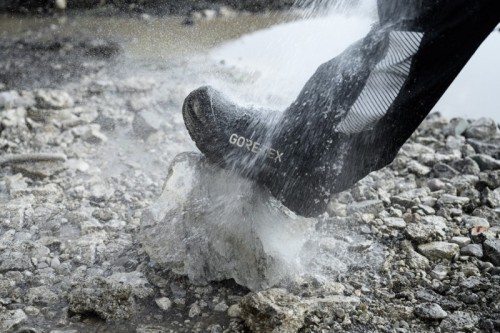 In wet conditions it absorbs very little moisture and therefore doesn’t become heavy; changes in weight are slight and insignificant. The 3-layer construction ensures that the safety footwear remains lightweight even when heavily used in rain or snow and protects against sharp or falling objects, heat, wear and tear. Moisture from the outside only penetrates as far as the innovative low water absorption construction layer. Therefore, no moisture forms between the upper material and the inner GORE-TEX bootie. As a result, the conductive heat loss of a GORE-TEX EXTRAGUARD safety footwear is considerably less than that of conventional safety footwear.

From first wear GORE-TEX safety footwear with EXTRAGUARD upper technology is comfortable and doesn’t have to be broken in. Even after long periods of wear the material doesn’t wrinkle, is colour fast and resistant to chemicals. Whilst conventional upper materials for safety shoes soak up moisture as soon as the waterproof repellent finish has worn away, this isn’t the case with GORE-TEX EXTRAGUARD safety footwear due to its low absorption construction. The footwear requires less re-drying time than conventional styles and spraying off dirt and mud with water is all the care and cleaning that is required. 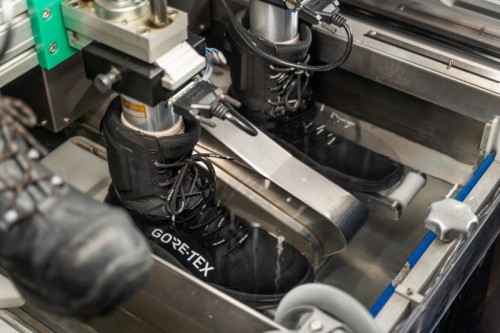 The EXTRAGUARD upper technology also sets new standards in terms of sustainability: the vegan upper material is chromium-free and delivered on rolls in consistent quality. This results in less production waste and significantly fewer chemicals are used in the manufacture of the upper material. The lower water consumption and minimized CO2 emissions during production ensure a lower environmental footprint compared to conventional upper materials for safety footwear. And finally, because the new upper material is so hard wearing the footwear will be worn for longer which helps lower its environmental impact.

“Our licenced manufacturing partners have welcomed this new upper material technology which is ideal for workers within construction, demolition, rail, utilities and agriculture who need all-season safety footwear that is durably protective as well as lightweight and comfortable to wear for heavy and moderate daily activities. The first GORE-TEX EXTRAGUARD safety footwear models will be presented from autumn onwards,” comments Klug.